Every now and then we read something that is so moving you want to share it with everyone you know. My good friend Porter Martin with Martin, Goodrich & Waddell, Inc. of the Illinois area with a global reach has written an article for their Fall 2007 newsletter “Seasons” that just has to be shared. Through the years my association with the Realtors Land Institute has provided me the opportunity to meet incredibly talented people like Porter that continually raise the bar of excellence. In a time of media concocted hype, Porter has looked beyond and found a truly inspirational and optimistic view of global demand and a positive outlook for our US Ag Economy. Thank you Porter for letting us share this with our readers.

This fall, American farmers and landowners have a lot to be thankful for! Let’s share it!

As your family enjoys an abundant Thanksgiving dinner, you may want to reflect on a historic array of global economic forces now favoring Midwestern farm income:

High energy prices are building a long-term base under the biofuels boom. New technology could soon find ways to efficiently convert cellulose into ethanol, opening a massive market for energy crops.

World use of major grains has outrun production by a total 323 million metric tons in the past decade, draining reserves to the tightest levels in 30 to 40 years.

U.S. corn yields could rise even higher than USDA’s September estimate of 155.8 bu. per acre. Even with a big crop, post-harvest corn prices could start a new uptrend.

Soybean futures are signaling a bull market which could top the 1973 high of $12.90. Finally – “beans in the teens!” Soybeans will have to bid for at least 5 million more acres next spring. Beans must bid against strength in corn, cotton and wheat.

But the really reassuring news for rural America comes not from financial prospects such as the record $87 billion net farm income projected by USDA.

It flows from the same spirit expressed at the first Thanksgiving, when pilgrims expressed thanks to their Creator, and in turn acknowledged their responsibility to care for each other. To a great extent, this is the ethos which underlies America’s strength. Dr. Lawrence Mead, professor of international policy at New York University, describes America’s intrinsic culture as “responsible individualism.” It is a balance of free enterprise and moral responsibility.

Mead observes that across most of Asia and the Mideast, “The moral structure is largely outside people, not inside.” Personal incentives and free enterprise are stifled. Worldwide, a billion of the world’s desperate people are living on less than $1 per day.

You may wonder if Americans are losing our internal moral compass and our own rugged individualism.

But I sense seeds of renewal beginning to germinate in America.

Never have so many Americans been so eager to improve the quality of their food and their health. This opens up exciting opportunities for innovative U.S. farmers.

Certainly, the U.S. dollar is weakening under the burden of profligate federal spending and persistent trade deficits. But as foreign holders of dollars convert into other assets, billions will flow into your ag commodities, strengthening our agriculture.

In 2007, the U.S. current-account trade deficit could hit $300 billion. With that much surplus trade cash, foreigners could buy all of this year’s U.S. corn, soybean and wheat crops and have $200 bil. in change.

Certainly, foreign holders of dollars are looking for ways to diversify out of our currency. But they’re cautious, for a reason: America remains a powerful and productive economy. Since 1995, U.S. households and nonprofit corporations have tripled their net worth, to more than $56 trillion in current dollars. U.S. households owe less than 20 cents per dollar of assets.

I also see many heroes defending U.S. ideals, including land rights, while some U.S. judges and lawmakers are attacking the values that made America great.

I encourage patriots like those of the American Land Foundation of Taylor, Tex., which are helping local communities deal with invasive federal land controls.

Another defender is Stewards of the Range in Meridian, Idaho.

And we’ve long encouraged the Illinois Ag Leadership Foundation, which instills enterprise and a moral base in upcoming Illinois ag leaders.

Writer/economist Jeff Sachs says only America can radiate “creative and dynamic entrepreneurship” to lift the world’s poorest people toward our level of abundance.

I encourage you this Thanksgiving: This is the kind of “globalism” we need – sharing not just American ag productivity, but restoring morally “responsible individualism” in every nation. Starting with our own.

We specialize in Georgia and South Carolina land sales. 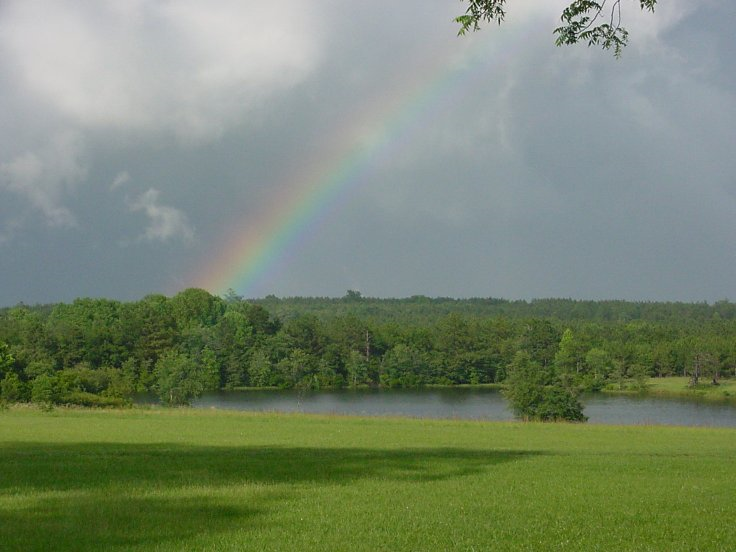